Didn't find your vehicle? Use the bulb finder system to get the bulb size.
Close AUXITO offers some of the best retrofit lighting kit upgrades for drivers’ needs, you now have the option to improve the stock lighting of your 2016 2017 2018 RAM 1500. Lights were super easy to install and very bright

I was offered to test some Auxito LED headlight bulbs. I chose a pair of their 9005 HB3 mini-sized high beam LEDs for my 2014 RAM 1500 ED with the quad headlights. I had installed a pair of Fahren LEDs 18 months ago. One recently died, so this was a perfect opportunity to upgrade.

The Auxito LEDs are 6,500 kelvin cool white, and rated at 80 watts/16,000 lumens for the pair: In comparison, the Fahren pair were 60 watts and 12,000 lumens. The package included spare sealing O-rings, cable ties, and an Allen key to adjust the chip orientation if needed (it was).

Once I popped the headlight assemblies out, installing them was straight-forward. The instructions are clear and include how to orientate the LED chips. I used the Allen key and after a few tries, had them correctly aligned vertically.

My subjective impressions are that while they don’t affect the reflector pattern, they have a better throw because of the higher ratings.

They give a nice view down the road. A good improvement for rural night driving. I can’t speak to their assumed longevity, but my first impressions are positive.

The headlights and fog lights are amazing. The interior lights and back-up lights are bright and can see much better.

My high beams are like having flood lights now. My low beams I ordered from Headlight Revolution and they now look like halogen bulbs compared to the Auxito bulbs. I installed my hid low beams for the winter but once winter is over I'll be ordering more Auxito bulbs. I am thinking about changing out my other bulbs and this experience just help me decide where I'll be buying them from

I had been wanting a brighter interior of my vehicle for some time now. After viewing an instructional video of Auxito bulbs on YouTube, the installation seemed effortless. Not to mention the brightness of the LED was ideal. Auxito's website provides an easy enough bulb selection for your vehicle. 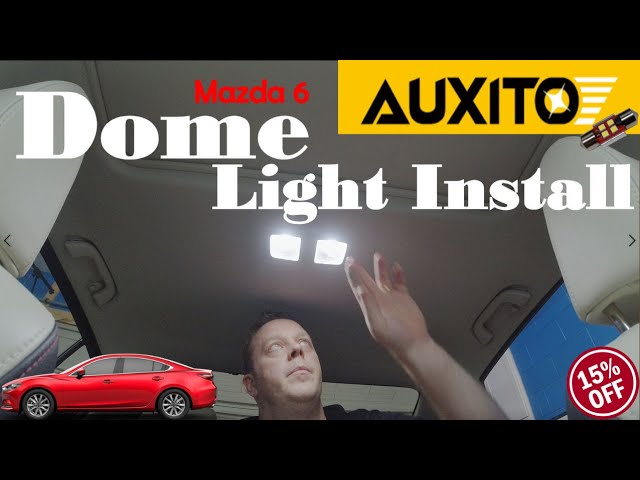 Fit well and the led lights are 3x brighter than the incandescent bulbs.